I’ve never done a quilting bee before, so I’m very excited that the Ann Arbor Modern Quilting Guild has decided to start a Round Robin! 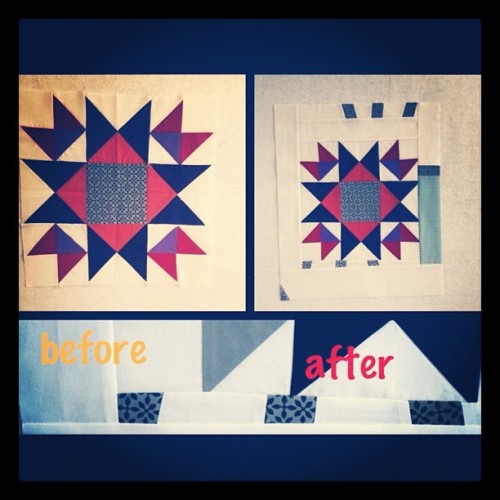 I made the block on the left and included some more of the Silent Cinema (grey pattern) and the Kona Snow fabrics.  Rossie added some modern touches, much to my delight! I’m hoping it’ll end up having the look of a modern medallion quilt, rather than a sampler, but I know it’ll be great no matter what.

My block was inspired by this quilt.

This is the block I got in the first round: 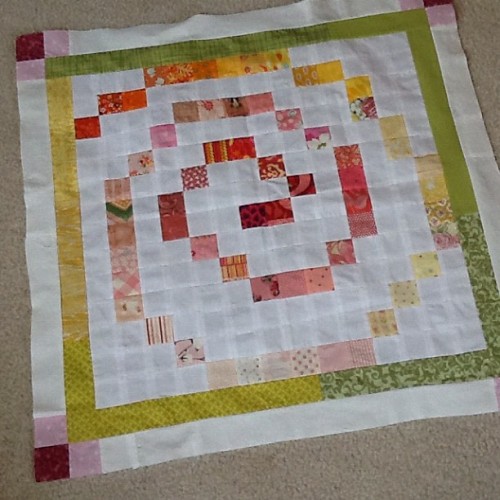 Isn’t the center swirl lovely?  Kourtney made that out of 1.5″ finished squares!  So precise and beautiful movement.  I just added the green border and the next border of white with pink corners.  I wanted to frame the swirl and then give the next person some negative space as a clean slate ready for her additions.